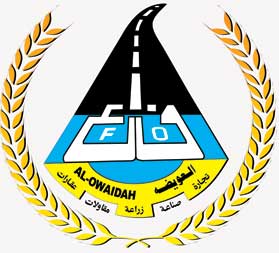 FURUKAWA wheel loaders prosperity in Saudi Arabia & Middle East markets because of its durability & suiting the different weathers, the company concentrated its activities in this type of equipment that achieved great spread in this area. On 1980, Al Owaidah establishments changed to Al Owaidah Development Co. with the same commercial activity. The company opened new branch in BURAIDAH to extend its service in Qassim& Hail areas. The second branch in Khamish Mushayt to cover the southern area & small branch in Al Khaldiah area for spare parts, & We Are planning to open new branch in Jeddah and Dammam.

The sincerity dealing with customers, the company covetous to provide the genuine spare parts & proper maintenance beside the moderation of prices enabled the company to extend its service to the Gulf & some Middle East countries like YEMAN, SUDAN, EGYPT& other countries.